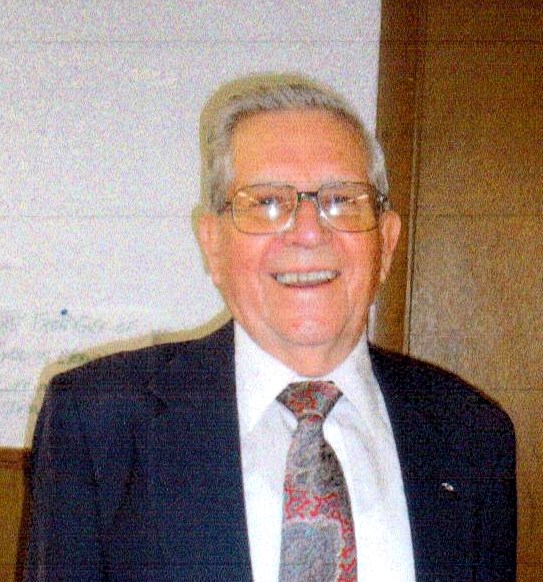 Alfred James Hicks, 88, of 1881 Jackson River Turnpike, Hot Springs, Virginia died Thursday, April 17, 2014 at Eagle Rock, Virginia in Botetourt County.
He was born December 28, 1925 in Covington, Virginia, the son of the late Ernest “E.A.” Copland Hicks and Alice May Blackburn Hicks.
He retired as owner of Al’s Auto Parts & Repair.
Mr. Hicks was a veteran of the United States Army having served during WWII in the European Theatre. He was a recipient of the Purple Heart and was held as a POW at two different times.
On December 24, 1945, he married Ethel Marie Adams.
He was a member of the Hot Springs Baptist Church; the VFW Post 4204; the Disabled American Veterans; and the Masonic Lodge Valley Springs #265.
He is survived by two children, Jeff Hicks & wife Pam of Alton, Illinois and Tim Hicks & wife Kelly of Colonial Heights, Virginia; 5 grandchildren; 7 great grandchildren; a brother, Ray Hicks & wife Corrine of Covington, Virginia; a sister, Annie Faith Cool of Bear, Delaware; and numerous nieces and nephews.
In addition to his parents and wife, he was preceded in death by two brothers, Gerone Hicks and Dolphus Hicks; and three sisters, Dorothy Hicks, Mayrene Tenny and Camellia Potts.
A funeral service will be conducted at 11:00 a.m., Tuesday, April 22, 2014 at the Hot Springs Baptist Church with Reverend Garland Humphries officiating. A private burial will be held at Union Chapel Cemetery.
Memorial contributions may be made to the Hot Springs Baptist Church, P.O. Box 993, Hot Springs, Virginia 24445.