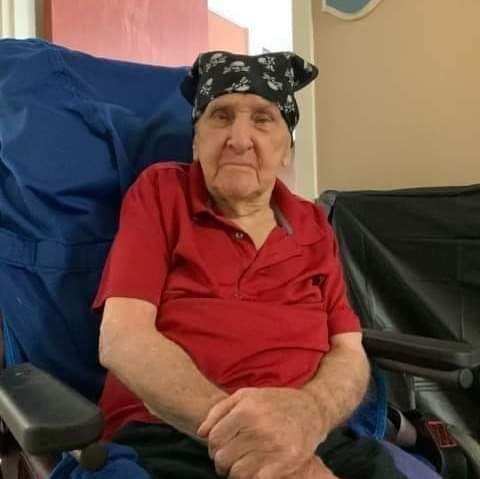 He was born January 3, 1931 in Bath County, Virginia, the son of the late Cecil Berton Gwin and Alice Ryder Gwin.

Mr. Gwin retired from the Homestead Resort where he worked on the Old Course Golf Course as a ground’s keeper.

He was a loving husband, father, grandfather and great grandfather. He enjoyed hunting and loved collecting golf balls. He was often seen walking on Route 220 picking up his treasures that he was so proud of. He had a 1968 Mercury Cyclone that he loved to work on with his son.

He was married to the late Catherine Marie Thomas Gwin who preceded in death in 2002.

He was preceded in death by son, Johnny Gwin; a step-son, Georgie Thomas; a daughter, Mary Avis; a grandson, Christopher Gwin; a brother, Lawrence Gwin; and a sister, Margie Gwin.

A graveside service will be conducted at 11:00 a.m., Monday, January 11, 2021 at Big Valley Cemetery with Pastor Donald Lee Altizer officiating.