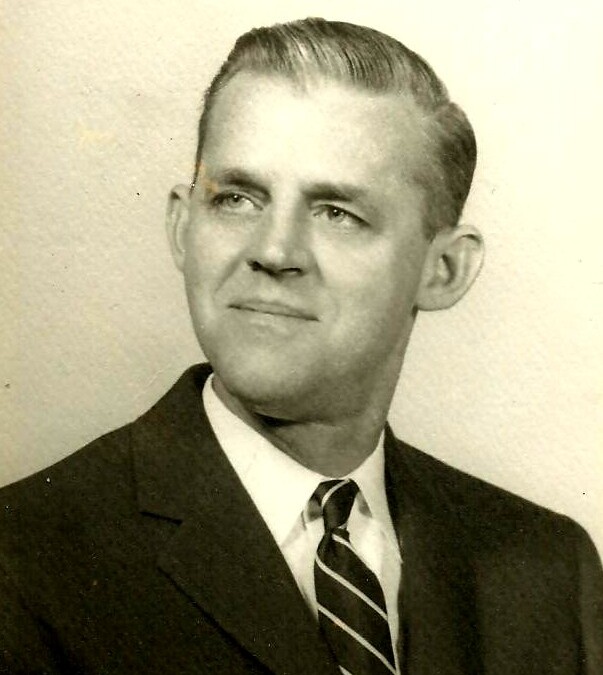 Clarence F. McMullen, 100 years old, of Hot Springs, died Sunday, March 03, 2013 at Richfield Recovery & Care Center, Salem, Virginia.
He was born March 11, 1912 in Bath County, Virginia, the son of the late Charles F. McMullen and Hilda G. Rodgers McMullen.
He was married to his beloved wife, Helen Bonner McMullen who preceded him in death on February 25, 1983. They were married on March 17, 1939.
He was a former partner and manager of Home Oil from 1957 until his retirement. Mr. McMullen was a 1933 graduate of the West Virginia Business College. He served on the Board of Directors of the Bath County Community Hospital, serving as the President for 18 years. He worked for the Homestead Resort Engineering Department and was instrumental in the development of the Hot Springs Ingalls Field Airport. He worked in Lynchburg as the manager of the Boonsboro Country Club. He was a member of both the Warm Springs Presbyterian Church and the Valley Springs Masonic Lodge for over 50 years.
He is survived by nieces & nephews, Kathryn Henderson of Hot Springs, Robert Bower of Redmond, Washington, Wayne Bower of Cotter, Arkansas, Cynthia McMullen of Richmond, Virginia, Julie Dean of Hot Springs, Mike McMullen of Frost, West Virginia, Gregory McMullen of Bluefield, West Virginia, Glenn McMullen of Williamsville, Virginia, Conley K. McMullen of Harrisonburg, Virginia, Matthew McMullen of Uniontown, Ohio, Keith Johnson of Compton Plains, New Jersey, Robert Bonner of North Carolina, Betsy Byrd of Hot Springs, Patsy Ayotte of Merrils Inlet, South Carolina, Edwinna Stinnett of Midlothian, Virginia, Scottie Perryman of The Villages, Florida, Susie Stoklasa of Hot Springs; 2 sisters-in-law, Helen K. McMullen of Uniontown, Ohio and Carolyn L. McMullen of Hot Springs.
In addition to his parents and wife, he was preceded in death by two sisters, Madie McMullen and Estaline Bower and three brothers, Arthur, Conley and Ronnie McMullen.
A funeral service will be conducted at 3:00 p.m., Friday, March 8, 2013 at the Warm Springs Presbyterian Church with Reverend Charles Reed officiating. Interment will be in Warm Springs Cemetery. Pallbearers will be Peter Judah, Ronald Arritt, Pete Haynes, Ray Rodgers, Bobby Fry and John Young. Honorary Pallbearer will be Dr. Donald Myers.
Memorial contributions for Clarence and his beloved wife may be made to Warm Springs Presbyterian Church, P.O. Box 238, Warm Springs, Virginia 24484 or the Bath Community Hospital, P.O. Box Z, Hot Springs, Virginia 24445.