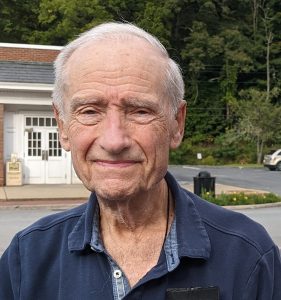 He was born August 30, 1931, in Havelock, Nebraska, the son of the late Clyde Robert Johnson and Clarice Wilma Kitzel Johnson.

Mr. Johnson was a Cartographer for the Defense Mapping Agency.

He was a veteran of the U.S. Army having served in the Korean War.

Mr. Johnson was a graduate of the University of Nebraska. He was a loving father. He enjoyed working on his farm and helping his wife teach health and wellness. He and Marlene renovated a building and created “Back to Eden”, a health food restaurant in Marlinton, West Virginia. Later they owned and operated the Rustic Inn in Marlinton, a motel, health food store, and restaurant.

He was married to the late Marlene Mae Thomas Johnson who preceded him in death on September 14, 2022.