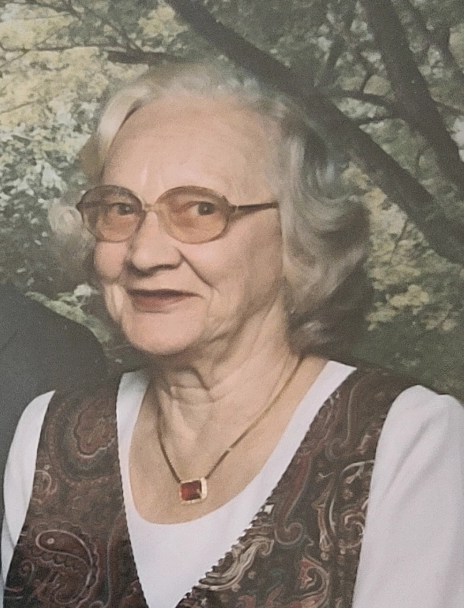 She was born April 29, 1932 in Hot Springs, Virginia, the daughter of the late Jessie Davis Williams and Barbara Thelma Loan Williams.

Mrs. Nelson was employed as a seamstress for Jane Colby Sewing Factory. Prior to that she was the owner of Ashwood Shell General Store.

She was a member of the Hot Springs Baptist Church and enjoyed crafting, especially crocheting and bead work. She was a loving wife, mother, grandmother, and great grandmother.

She was married to the late Ralph Leonard Nelson, Jr. who preceded her in death on March 18, 2019.

The family wishes to express their sincere thanks to all of her caretakers, Vickie Brinkley, Tina Miller, Twilla Boyd; her friend who frequently visited her and read to her, Johnanna Hargreaves; The Staff of Mountain Regional Hospice; The Staff of Bath Community Hospital; and The Staff of McLaughlin & Young Funeral Home.