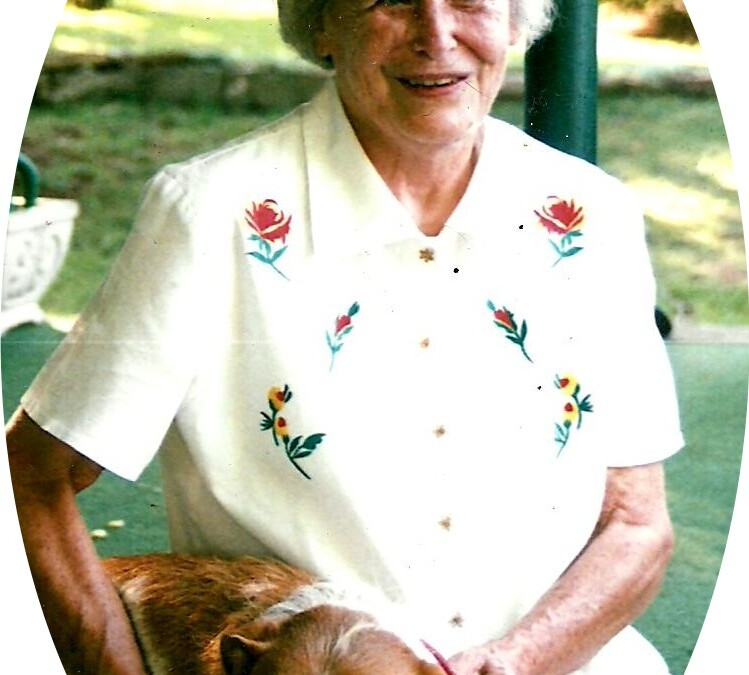 Florence “Susie” Juanita Powell, 89, of 145 Old Alleghany Circle, Goshen, Virginia went to be with the heavenly father October 9, 2012 surrounded by her loved ones.
She he was born June 23, 1923 in Augusta County, Virginia, the daughter of the late Charles Via and Clara Knight Via. She was married to the late Marvin Hunter Powell, Sr. who preceded her in death in 1984. She was a homemaker.
Susie graduated from Craigsville High School. She loved the outdoors and could be found wearing her straw hat, working in her garden and her flowers or riding her lawnmower mowing her grass. She was a kid at heart and liked riding hot air balloons, sleigh riding and taking care of any animals that came around. She was known for her many bird feeders and had hundreds of humming birds every year and people from all around would come to see them. When her kids were growing up, her home was always full of love and laughter of kids who came to eat her cookies, candy and cakes. She was known for her cooking, love and kindness.
She is survived by 3 children, Robin Juanita Powell of Goshen, Gary E. Powell & wife Cathy of Goshen and Randol C. Powell of Staunton, Virginia; a daughter-in-law, Linda H. Powell of Goshen; 4 grandchildren, Autumn, Brandon, Dustin and Justin Powell & his friend Kim Biby, all of Goshen; special nieces, Rena Swink, Charlotte Kennedy, Nellie Myers, Ann Swink, and Patti Lee Baugher. She was a friend to all and had many special friends including, Pam Hammer, Mary Hostetter, Sonja Gavio, Ruth & Ernie Sprouse, Katrina & Jeff Deckard.
She was preceded in death by a son, Marvin Powell, Jr.; and two brothers, John & William Via.
A funeral service will be conducted at 2:00 p.m., Friday, October 12, 2012 at Craigsville Funeral Home with Reverend Lloyd Via officiating. Interment will be in Craigsville Community Cemetery.
Friends may call anytime at her residence on 145 Old Alleghany Circle.
Memorial contributions may be made to Goshen Rescue Squad, Rockbridge Area Hospice, American Heart Association or the American Cancer Society.