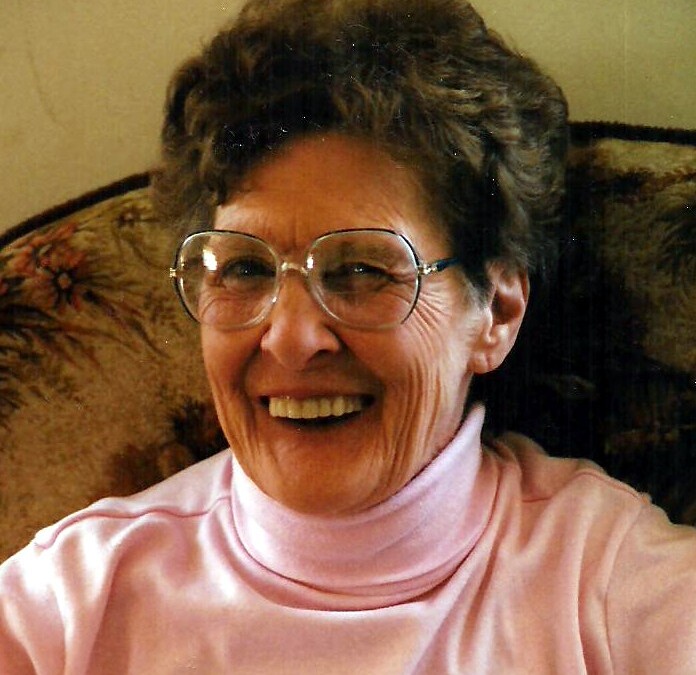 HOT SPRINGS — Genevia Elizabeth Franklin, 84, of Burnsville, Virginia, died Friday, January 20, 2012 at the Springs Nursing Center in Hot Springs, Virginia.
She was born August 16, 1927 in Bath County, Virginia, the daughter of the late Frances Graves Roberts and Nettie Deeds Roberts.
She was married to the late John Carl Franklin who preceded her in death on April 12, 2010. Mrs. Franklin was a homemaker who did housekeeping for several families throughout the area. She was a loving wife, mother and grandmother.
She is survived by a daughter, Tammie Darline Franklin Byer & husband Christopher Charles Byer of Covington, Virginia; two grandchildren, Ashley Byer & fiance’ Andrew Gilliam of Burnsville, and Olivia Byer of Covington; a brother; Wendell Roberts & wife Betty Lou of Staunton, Virginia; and several nieces, nephews and cousins.
She was preceded in death by 2 brothers, Edison and Emmett Roberts; and 2 sisters, Marie Jefferson and Omeda Shiplett.
A funeral service will be conducted at 2:00 p.m., Tuesday, April 24, 2012 at the Burnsville United Methodist Church with Pastor Debbie Carey officiating and Pastor Byong Ahn assisting. Interment will be in Burnsville Cemetery. Pallbearers will be Kenny Roberts, Terry Dean Roberts, Billy Jefferson, Grady “Dudy” Roberts, Dewitt Lambert, Al Martin, Charles H. Kellison, Lewis Franklin and Allan Price.
The family will receive friends Monday evening from 6:00 – 8:00 p.m. at McLaughlin and Young Funeral Home.
Memorial contributions may be made to The Springs Nursing Center, P.O. Box I, Hot Springs, Virginia 24445 or The Burnsville United Methodist Church, c/o Diana Green, 9422 Dry Run Road, Burnsville, Virginia 24487.