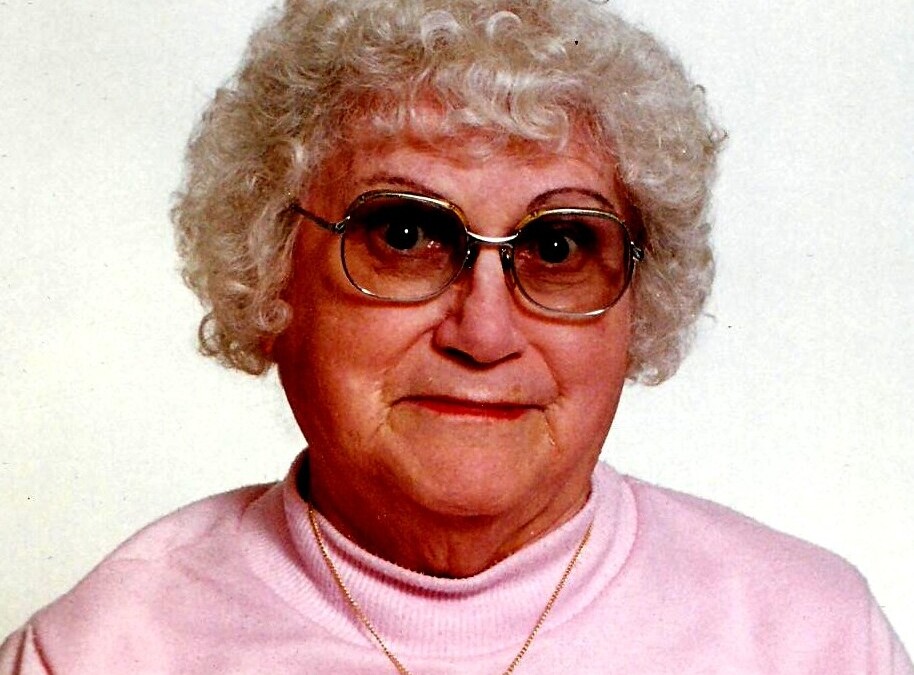 Janet Kathreen Jenkins Andrews, 97, of 2818 Sam Snead Highway, Hot Springs, Virginia, died Saturday, March 10, 2012 at Bath Community Hospital in Hot Springs.
She was born August 12, 1914 in Alleghany County, Virginia, the daughter of the late Charles Washington Jenkins and Emma Pearle Gillespie Jenkins.
She was married to the late Forrest LaRue Andrews who preceded her in death on August 6, 1971.
Mrs. Andrews was employed with WestVaco for 15 years. Prior to that, she was employed at the Homestead Resort. She was an active member of the Healing Springs Baptist Church serving in numerous ways over the years. She was the organist, Sunday School teacher and treasurer of the Building Fund. She was instrumental in the building of their addition in Healing Springs as well as the building of a new church, the Highland Baptist Church in Monterey. Her great pride was in the Women’s Missionary Union where she served as the Director of the Association in Natural Bridge as well as the treasurer. Mrs. Andrew was a 1932 graduate of Valley High School She was a loving wife, mother and grandmother.
She is survived by 3 children, Mary Shifflett Garthright & husband Doug of Chesapeake, Virginia, Ruth Andrews of Oakhill, Virginia and James Andrews & wife Violet of Southport, Florida; grandchildren, Lee Shifflett & Cristy Clark, Kathi & Al Hensley, Melvin & Missy Shifflett, Janet & Lennie Stinnett, Manny & Jenny Elquera, Liz Elquera, Wayne & Shirlene Andrews, Bobby & Sandy Andrews, Billy & Donna Andrews; 18 great grand children; 2 great great grandchildren; former son-in-law, Columbus Shifflett of Warm Springs, Virginia; and numerous nieces, nephews and friends.
She was preceded in death by 2 brothers, 3 sisters, and 10 half brothers and half sisters.
A funeral service will be conducted at 11:00 a.m., Tuesday, March 13, 2012 at the Healing Springs Baptist Church with Reverend John Klink officiating. Interment will be in Union Chapel Cemetery. Pallbearers will be her grandsons, Lee Shifflett, Melvin Shifflett, Manny Elquera, Wayne Andrews, Bobby Andrews, Billy Andrews, Al Hensley and Lennie Stinnett. Honorary Pallbearers will be Buddy Cauley, Chappie Chaplin, Johnny Chaplin, Lorne Chaplin, Bobby Thomas, Brian LaFountain, Willie Green, Tommy May, Hugh Hite, Keith McElwee and Ladies of her Sunday School Class.
The family will receive friends Monday evening from 6:00 – 7:30 p.m. at McLaughlin and Young Funeral Home.
Memorial contributions may be made to Healing Springs Baptist Church, 4697 Sam Snead Highway, Hot Springs, Virginia 24445
Online condolences may be made to www.mclaughlinandyoung.com