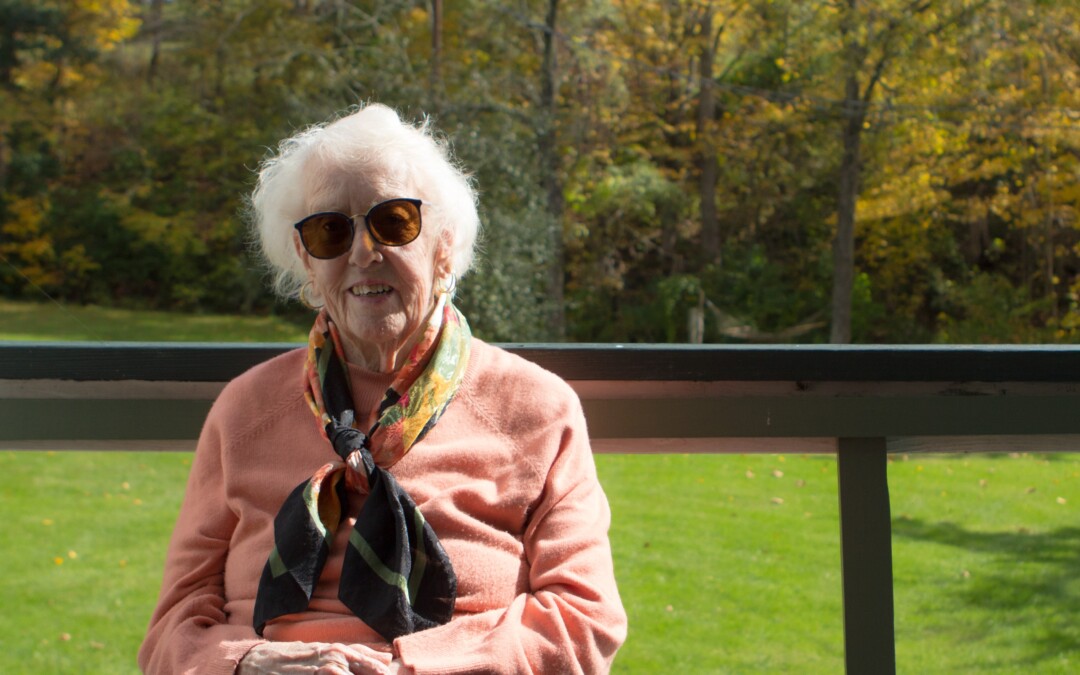 Jean Graham Randolph Bruns died on December 31, 2015 in hospice care at her home in Warm Springs, VA. She had celebrated her 86th birthday in October.

She was born in Brooklyn, NY, where her grandfather, Dr. J. Sturdivant Reade, was a faculty member at the Long Island College of Medicine. As the Great Depression deepened, her parents moved with her and her older sister from Rutherford, NJ, to live with her great aunt, Somers Anderson, in Warm Springs. Her father later became an administrator with the Civilian Conservation Corps and the family moved to Charlottesville, VA. She graduated from Stonefield School, a small private school, and from St. Anne’s School in Charlottesville.

After finishing Sweet Briar College, where she edited the college newspaper, she went to work as a general assignment reporter at the Daily Progress in Charlottesville. Later, she was the first bureau chief in Charlottesville for the Richmond Times-Dispatch. In 1961, she became the first public relations director at the University of Virginia School Medical Center.

She served as treasurer for many years with the Janie Porter Barrett Day Nursery, a United Way Agency. She was a charter member of the Friends of the McIntire Public Library, and was president of the University League (now the Junior League of Charlottesville).

She later became a real estate agent and broker, in Charlottesville, Alexandria, and Bath County, VA. Since the 1960s, she had taken on restoring the old family home in Warm Springs, particularly during August vacations, and she moved there permanently in 1981.

She was a voracious reader and linked up with book clubs wherever she was. Recently, she gave a talk in Charlottesville on growing up there in the Rugby Road neighborhood, for the Fortnightly Book Club, the oldest book club in Virginia. Her own mother had been a member of the club from the 1930s to the 1970s.

During winters in Warm Springs, she abstracted the first 50 years of Bath County Will books, which was published as Abstracts of the Wills and Inventories of Bath County, Virginia: 1791-1842. She also edited the Bath County bicentennial history.

In 1983, three musicians at Garth Newel Music Center were house guests for several weeks, and the next year she opened her home as a bed and breakfast. She was a charter member of the Bed and Breakfast Association of Virginia and served on its board of directors for several years. She welcomed guests to Anderson Cottage B&B for 32 years, many of whom returned regularly and became friends.

In 1986, she traveled to Thailand for her son Bryan’s marriage to Pakping Chalad in a Buddhist ceremony in a village in Phayao Province. This led to a decade of winters in Chiang Mai with her son and his  family, as well as Elderhostels in Thailand, New Zealand, and Scotland. More recently, she wintered in Seagrove Beach, FL, home or vacation spot for many relatives, descending from three sisters who lived in New Orleans and then moved to or had houses in Seagrove.

She is survived by her son, Bryan Randolph Bruns, and daughter, Mary Anderson Bruns, both of Seagrove, six grandchildren, Natapong, Alma, Logan, Lily, Robin, and Joseph, and two great grandchildren, Lucas and Ale. Her descendants and their cousins gather each summer at the old family home in Warm Springs.

A memorial service will be held at Good Shepherd Episcopal Church in Bluegrass, Virginia, on Sunday, February 7, at 11:00 a.m. Ms. Bruns requested that, in lieu of flowers, donations be made to the Bath County Historical Society (P.O. Box 212, Warm Springs, VA 24484) or the American Civil Liberties Union (www.aclu.org).