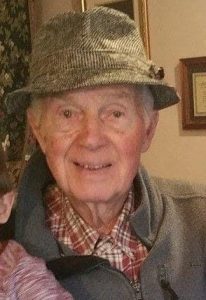 He was born September 17, 1926, in Hot Springs, the son of the late Jesse Clay Thompson, Sr. and Minnie McElwee Thompson.

Mr. Thompson retired in 1995 as a professor and the chairman of the Biology Department at Roanoke College.

He was a veteran of the United States Marine Corp having served during WWII. He was a 1956 Graduate of the University of Virginia. After traveling and teaching at various colleges, he was happy to return to his beloved home of Hot Springs.  He loved life and was awed by the perfection of nature.

He was preceded in death by a brother, William T. Thompson and a sister, Betty Ann Franklin.

In keeping within his wishes, there will be no services.