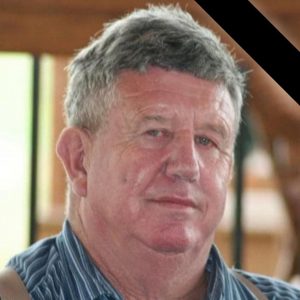 He was born May 20, 1941, in Bath County, Virginia, the son of the late John Francis “Frank” Mayse, Sr.  and Lois Cordila Chaplin Mayse.

Mr. Mayse was a veteran of the U.S. Army Reserves and served as a volunteer on the Dunlap Fire & Rescue for many years. He retired from Westvaco where he was employed as a millwright.

John was a caring and loving son, husband, father, and grandfather; family was important to him. He stayed in touch with most relatives, no matter how close or distant, and thrived on the history of his ancestors. He was known to frequently call anyone with the last name Mayse in the hotel phone book while traveling.  He grew up a farmer and continued his love for the outdoors throughout the years that followed. He loved spending time with his grandchildren. He was well versed about many things and enjoyed tinkering and problem solving that was fueled by his never-ending curiosity. He always put others before himself with great generosity. He was a big practical joker, and even during his latest illness, he still had his wits about him.

In addition to his wife, he was preceded in death by an infant son, Joseph Righter Mayse, and first cousin, Gary Mayse.

A funeral service will be conducted on 3:00 p.m., Saturday, May 21, 2022, at Woodland Church on McClung Drive in Millboro. Interment will be in Woodland Cemetery.

Memorial contributions may be made to the Valley Program for Aging Services, 325 Pine Ave, Waynesboro VA, 22980.