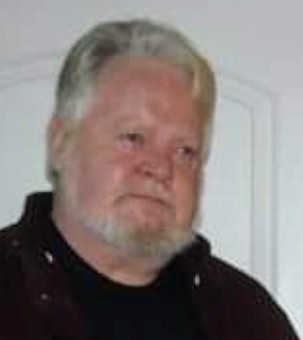 He was born June 9, 1952 in Ohio, the son of the late Alexander Gilmore Brown and Leona Lucille Sheets Brown.

John was a loving husband and devoted father and grandfather.  He worked as a carpenter in and around Highland and Bath counties.  At Christmas each year, you would find him in the basement of his home creating gifts for his children and grandchildren.  The grandchildren often called it “Santa’s Workshop,” and they knew that behind those doors their grandfather was creating magnificent gifts for them for Christmas and their birthdays.

He is survived by his wife, Audrey Brown of Warm Springs; children, Brooks Allen Brown and wife Jamie of Mitchelltown; Brandon Andrew Brown and wife Ashley of Staunton; and his children from a previous marriage, Cheryl Brown and Kenneth Brown; a number of grandchildren; 4 brothers; 1 sister; and special friends Molly Triplett and husband Andrew.

A memorial service will be conducted at 2:00 p.m., Saturday, December 8th, 2018 at McLaughlin & Young Funeral Home with Pastors Brooks Brown, Bill Gram, and Blane Ruckman officiating. Interment will be in Big Valley Cemetery at a later date.

The family will receive friends after the service at McLaughlin & Young Funeral Home.