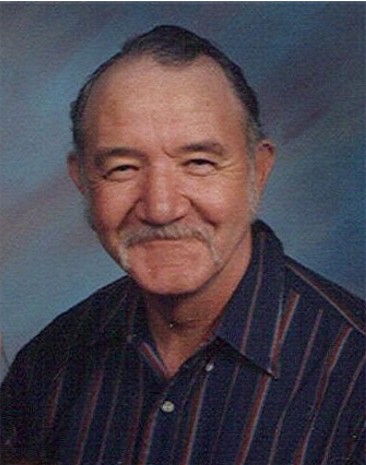 Johnny “John” E. Karr, 60, of Goshen, Virginia died Friday, July 20, 2012 at his residence.
He was born in Rockbridge County, Virginia on October 18, 1951, the son of the late Walter E. & Florence Miller Karr. He married Mary S. Karr on June 13, 1989. They have been together for thirty six years. John was a laborer in many different fields and worked for Bacova Guild in the mail box division. He was an avid outdoorsman who enjoyed turkey hunting and fishing. Most of all, he loved his family.
He is survived by his wife, Mary S. Karr of Goshen; a son, John W. Karr & wife Chelsea of Craigsville; a daughter, Tanya Michelle Bryant & husband Jammie of Goshen; a step son, Francis E. Miller of Goshen; two brothers, James Miller & wife Betty of Mt. Solon, Virginia, Basil Karr of Craigsville; six grandsons; special friends, Paul Martin and Abe Ingram of Goshen; and his hunting buddy, Roger Rowe.
He was preceded in death by a brother, Ronnie Karr; and a sister, Shelby Campbell.
A funeral service will be held at 2:00 p.m., Monday, July 23, 2012 at Craigsville Funeral Home with the Reverend John Haney officiating and Pastor Claude Williams and John Coffman assisting. Burial will follow at Riverview Cemetery in Goshen. Pallbearers will be Roger Rowe, Richard Rusmisel, Travis Matheny, Tom Ingram, Henry Ingram and Louie Ingram. Honorary pallbearers will be Eric Stevens, Jason Hinkle, Curtis Riley and Larry Mason.
The family will receive friends from 6:00 p.m. to 8:00 p.m., Sunday, July 22, 2012 at Craigsville Funeral Home.
Memorial contributions may be made to Hospice of the Shenandoah. Online condolences may be submitted to www.mclaughlinandyoung.com.