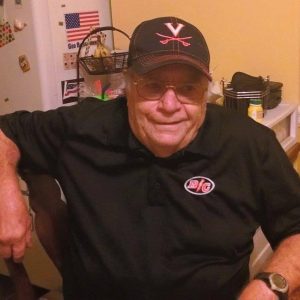 He was born December 27, 1932, in Hot Springs the son of the late Lawrence Gibson Armstrong and Juanita Tidd Armstrong. He was married to Crystal Ann Hooker Armstrong who preceded him in death on March 2, 2003.

Rick was an Upholster for the Virginia Hot Springs Company with over 30 years of service. He proudly served his country in the United States Army during the Korean War. He was a member of the Hot Springs Presbyterian Church where he served as an Elder, and the Ft. Lewis Hunt Club. He was a loving husband and father.

In addition to his wife, he was preceded in death by a daughter, Shari Lane Armstrong, and a brother, Lawrence Channing Armstrong.

A Celebration of Life will be held 1:00 p.m., Saturday, January 7, 2023, at the Hot Springs Presbyterian Church with Reverend Scott Conrad officiating.