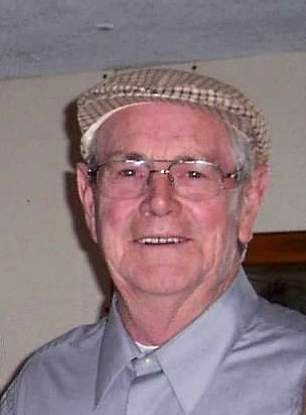 William Lee “Bill” Hensley, 72, of Rocky Mount, Virginia, died Wednesday, June 19, 2013 in Kingsport, Tennessee.
He was born June 10, 1941 in Sullivan County, Tennessee, the son of the late Tom Hensley and Cora Collins Hensley. He was married to the late Donna Jean Hensley who preceded him in death on September 13, 2010.
Mr. Hensley owned & retired from Lees Auto Body in Roanoke, Virginia. He enjoyed playing pool & Rook; loved to fish; enjoyed spending time with his family; and was a friend to all.
He is survived by four children, Pamela Nikzad & husband Nick, Dennis Hensley & wife Betty, Timothy Mark Hensley and Dwayne Hensley; several grandchildren and great grandchildren; numerous nieces and nephews; brothers, Cecil Hensley and J.R. Grant and sister, Nell.
He was preceded in death by a son, Earnest Lee Hensley; brothers, Harold, James and Ralph; and a sister, Margie.
A funeral service will be conducted at 2:00 p.m., Saturday, June 22, 2013 at the Little River Church of the Brethren in Craigsville, Virginia. Interment will be in Little River Cemetery.
The family will receive friends one hour prior to services from 1:00-2:00 p.m. at the church.